Dominion, the tech company accused of rigging the results of the 2020 presidential elections won court support to include Fox News owners in defamation lawsuit. 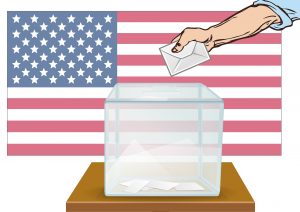 Fox News had spread and amplified false theories voiced by Trump attorneys Rudy Giuliani and Sidney Powell; alleging how Dominion made it possible for Joe Biden to “steal the election” from ex-president Donald Trump.

According to Dominion, the ruling is important in moving forward in naming Fox Corp. Chairman Rupert Murdoch and CEO Lachlan Murdoch, accountable for the actions of its Fox News channel.

Fox News aired and promoted the false news to avoid losing Trump supporters who have been defecting to rival conservative channels One America News and Newsmax. Still, these same channels also face defamation charges filed by Dominion and another voting machine company Smartmatic.

The false theories floated around by Trump’s lawyers claimed that Dominion used the algorithms that were originally created and used to rig the Venezuelan election that unseated former president Hugo Chavez.

Judge Eric Davis of the Delaware Superior Court rueld that the allegations conveyed by Fox News are “reasonable” inferences that shows the Murdochs as owners of Fox Corp also acted with malice, which gave rise to Dominion’s claim for defamation damages.

Some Facts About Fake News : Who, Where and Why News is Fabricated

Fake news, the destructive Internet element exploited by Donald Trump and his allies; from winning the presidency to running the country for more than three years. The advent of fake news though cannot be attributed to Trump’s political machinations alone. Fake news already existed long before Trump’s campaign team used it to advance his political […]

Wind turbine maintenance is now a global group and continues to evolve as new machines provide services. Turbines that use conventional gearbox drive technology every year are potential candidates for major gearbox overhauls for many years. It is estimated that 90% of turbine owners use refurbishment options during refurbishment to provide the same warranty and […]

I had a very busy day for someone who had barely left home. First, I received a group text that had been going on since last week. There are dozens of messages from friends every day, including the latest news about coronavirus, and pictures of the kitchen filled with supplies that could perhaps last for […]